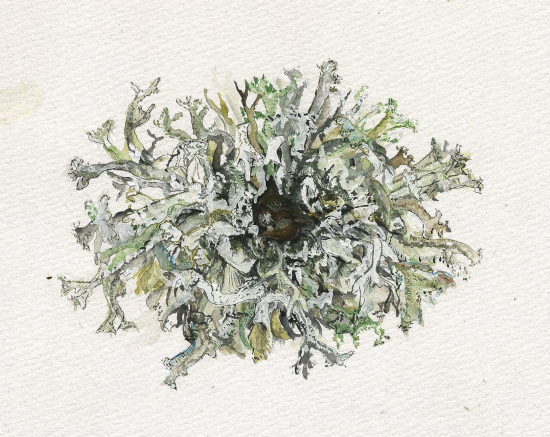 OF SEEDS AND LICHEN
by KATE DONOVAN & GABI SCHAFFNER

Of Seeds and Lichen is an invitation to join Datscha Radio’s collective artistic experiments in sensing the garden.
Find out more about Datscha Radio at www.datscharadio.de.

Seeds Dispersal I and II by Kate Donovan
8:15 min
“Seed Dispersal” explores the sounds and stories of various seeds on their journeys through water, air, and bodies: a cosmos of dispersal, told in radio snippets and sent upon a breeze. With sounds and voices from Pablo Juanes; Molly, Hunter & Scout.
Seed Dispersal I and II formed part of Datscha Radio’s intervention “Radio Seed Bombs” on the 13th of September 2019.

KAT DONOVAN
is a practicing radio artist, facilitator and researcher based in Berlin. Her artistic practice deals with radio in an elemental sense, in terms of frequency, transmission and interconnectedness (but also disruption and interference). Her editorial and organisational work in free and community radio fosters inclusion and experimentation.
Recent and current projects include: Datscha Radio 17, a garden radio art festival on the future of the garden in the Anthropocene; ‘The Bespoke Headpiece’, a speculative telling of radio history which was developed during a transmission arts residency at Wave Farm in 2018; and the ongoing radio show ‘elements’, which broadcasts monthly via CoLaboRadio, on FM in Berlin and Potsdam, and online.

GABI SCHAFFNER
works as an interdisciplinary artist in the field of visionary documentation, poetics and sound art. Traveling forms a vital part of her artistic practice – as a source for sound and language recordings but also as “a rite of passage” enabling the artist to explore alternative narrative structures. Her works in the field of sound and radio art have been broadcast internationally, including commissions by Deutschlandradio, SWR, ABC Australia and many more. Besides radio she has realized site-specific projects and exhibitions in India, Australia, Iceland, Spain, Finland, France and, most recently, Taiwan. Her collaborative project Datscha Radio won the Award of the Berlin Network of Free Project Spaces and Initiatives 2019. Recent activities include “Nightshade Island”, an audio walk conceived of for “Tracks in a Box” by “The Walking Tour Library”, and “Night Gardening”, Datscha Radio’s new series of broadcasts.

credits:
great many thanks to KATE DONOVAN & GABI SCHAFFNER!